I am one of the descendants of the first French Huguenot families to settle in the Cape of Good Hope in 1688, more than 300 years ago.    It was in search of the Le Roux family’s rich history that brought my husband and I to the heart of the breathtakingly beautiful village of Franschhoek.

Mass murder, slavery, burnt at the stake, these are only some of the atrocities the French Huguenots faced from the middle 1500’s. They were prosecuted not for any crime they committed but for the choice they made to follow the newly formed Protestant faith.  Violent acts which prompted them to flee their country of birth. 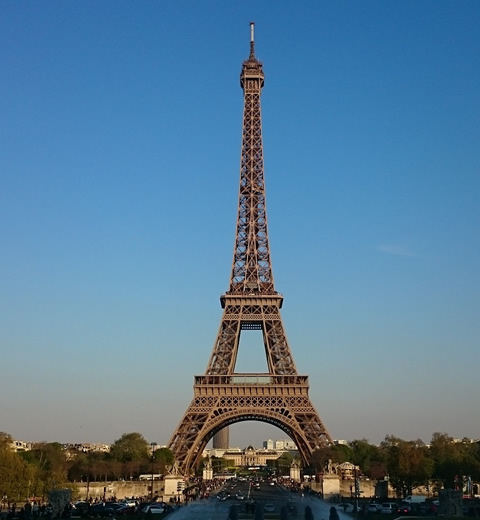 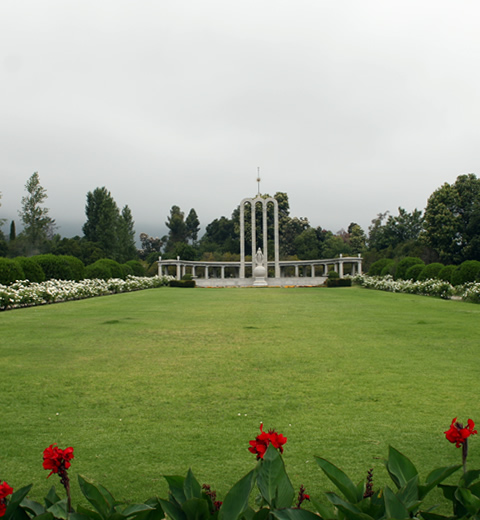 An estimated 250 000 French Huguenots fled from France to countries such as Switzerland, Germany, England, America, the Netherlands, Poland and South Africa.  On 31 December 1687 the ship The Verschoten, departed from Delfshaven, Zeeland with some of the first French Huguenots on board.  They were granted free passage by the Dutch for their new found outpost in The Cape of Good Hope.  On 13 April 1688, The Verschoten arrived in Saldanha Bay seeking refuge against gale force winds and rough seas, this after an already long and treacherous journey.  These French Huguenots rescued by a small Cape Town Vessel, arrived in Table Bay a few weeks later after weather conditions improved.

Passengers arrived with little more than their clothing. They were given farming land by the Dutch authorities and were spread out mostly between Franschhoek (French Corner) and Wellington. The first years of settling in the Cape were challenging and difficult times. The Huguenots had to accustom themselves to a climate and environment very different to their own and experienced many problems with the political council. They started vineyards, maize farms, fruit farms and animal stock on land that had never been cultivated.

Amongst these first Huguenots was a young man, Jean Le Roux, who would be responsible for one of the first lines of the Le Roux families established in the Cape of Good Hope. As a young 21 year old, he was given $60 and a small piece of land on the Berg River outside Paarl. He named the farm “La Petit Paris” after his home town Blois just South of Paris, France. Descendants of these pioneers established farms in various areas around Paarl and Franschhoek. One of those farms would be the beautiful and tranquil Boekenhoutskloof in the heart of Franschhoek. After centuries of being in the Le Roux family, the farm was sold and today it is home to many prestigious wines such as the famous Chocolate Block and everyday drinking wines such as WolfTrap and Porcupine Ridge.

In June 2015 after living in Johannesburg for most of my life, my husband and I visited Boekenhoutskloof for the first time. The farm, its majestic surroundings and the village of Franschhoek stole our hearts. Strengthened by the friendly people, the sense of community and the lively heartbeat of a very special town, we purchased a guesthouse in that very same year. We were moving back to the Western Cape as if destiny had called.

Construction, restoration and decoration soon started to bring about what is now, “Le Petit Paris” (Little Paris). A dream dedicated to brave forefathers who fled from their homes to become part of a determined and prosperous community in the heart of the Western Cape, Franschhoek. 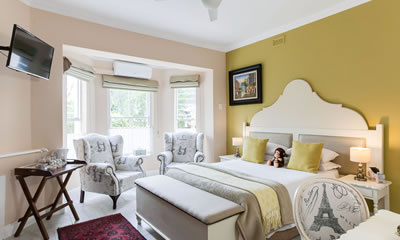 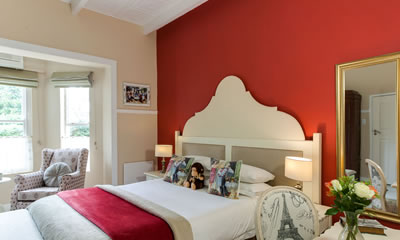 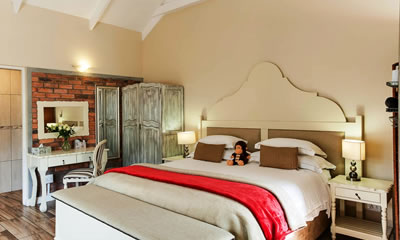 A peaceful retreat with beautiful views of the mountains 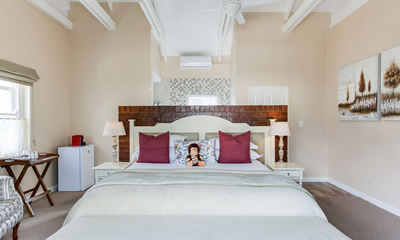 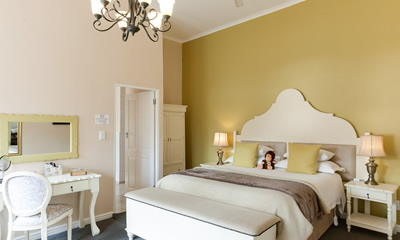 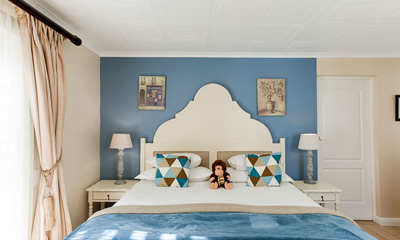 Downstairs flatlet with private wooden deck under the vines 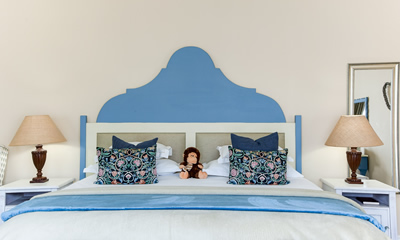 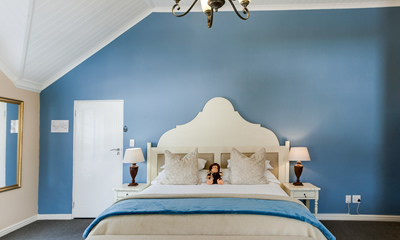 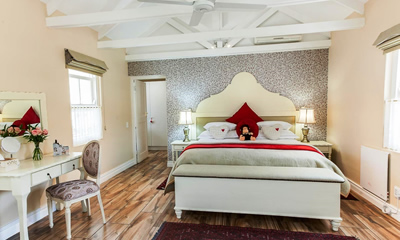